We make technology work for you

TechFulcrum works from the client's perspective to create a balanced technology solution.

We are a team of experienced entertainment professionals who understand AV technology including Audio, Video, and Show Control. Providing services such as Design, Engineering, Consulting, Technical Direction, and Project Management, our team has worked on projects ranging from entire theme parks and cruise ships to a single attraction, exhibit, or theater.

TechFulcrum is not a system integrator, but rather we work from the client’s perspective to engineer an appropriate balance of technology to further the story or purpose of your project. We work with you to help determine what is needed, engineer a solution, help prepare a bid package to go out to system integrators if desired, and if it is needed, help you choose an appropriate integrator.

TechFulcrum is your trusted partner to help you have a successful project.

We understand your needs - We come from your world.
TechFulcrum can provide consulting, drawing packages, and bid packages as well as Technical Direction, Project Management, Construction Administration, and Owner's Representative services.

Let TechFulcrum help fulfill your creative vision. We can start early to allow the technology to support you as opposed to just having equipment bolted on later.

Let us augment your team. We can work hand-in-hand to help manage resources, or to tackle a discipline that requires specialty expertise.
TechFulcrum can be your expert in meetings, as well as provide Consulting, Project Management, Technical Direction, and Construction Administration services.

We offer a variety of specialty services to fit your needs, whether you need a selection or a comprehensive solution.

We work to understand your needs, explore the options, then design the right holistic technology solution, while keeping total cost of ownership at the forefront.

We create complete drawing packages and documentation to the required level, including schematic design, detailed design suitable for bidding, and construction drawings if needed.

We understand technology and the real world. We’ve all been in the field, giving us experience not just in technology but also in the big picture.

We bridge the gaps among team members and priorities, focusing on the big picture and saving you money by reducing duplicated efforts and identifying gaps early.

We communicate effectively, create a schedule, manage costs, and organize a team to get your project fabricated and installed on time and within budget.

We oversee installation to ensure the design intent is being followed and you receive what you purchased. We can also configure, test and tune the system.

Individually, we represent years of diverse experience and excellence in technology and the themed entertainment industry. Together, we share a confluence of values, a passion for excellence, and an involved desire to help our customers succeed. 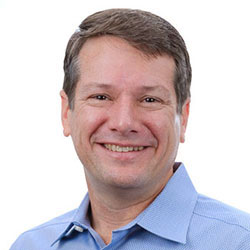 Emerging from a technical theater background, Scott has been in the themed entertainment and AV industries since 1992.

An experienced Technical Producer, Technical Director and business executive, Scott has a diversified background with the consultation, design and management of projects ranging from theme parks to casinos, to cruise ships, and he has been involved with projects in the US, Europe, Asia, and the Middle East.

Scott has been involved in major theme park projects for Universal, Disney, SeaWorld Parks and Entertainment, Busch Gardens, Sesame Place, Chimelong, Six Flags, Herschend Family Entertainment, and Warner International. He has led various technology discipline design and installation teams or has been Technical Director for such award-winning projects as The Bourne Stuntacular at Universal Studios Florida, KaTonga at Busch Gardens Tampa; the Believe Shamu Show and the One Ocean Shamu show in three SeaWorld parks; and Blue Horizons in Sea World San Diego. He has been the Program Manager for various Chimelong Ocean Kingdom projects including the Park-Wide Audio design and integration, parade audio and control, and the lagoon show. He was the Technical Director for Design for 6 venues, consultant for park-wide audio, and Technical Producer for 2 attractions for the Chimelong Marine Science Park currently under construction. He was also Program Manager for the AVC Design for SeaWorld Abu Dhabi theme park scheduled to open in 2023.

Scott's casino experience includes 5 properties in Las Vegas, one in Atlantic City, and one in New Mexico. Scott’s maritime experience includes projects for most of the ships in the Princess Cruises fleet; design contributions for the Quantum of the Seas groundbreaking aft lounge; various other cruise projects for NCL, MSC, Princess, Cunard, Royal Caribbean, and Disney Cruise Line; and involvement with several large yacht projects including the 4th largest private yacht in the world.

Touring production experience includes Disney Fair, the largest touring production in history; Disney's Animal Kingdom promotional tour; and UFO Encounters. Other projects include numerous stunt shows and ice shows including Eye of The Storm the Pirates of the Caribbean stunt show that is currently the highest rated show at Disney Shanghai, and as Technical Director for the design phase and AV Program Manager for the Thea award-winning Bourne Stuntacular at Universal Studios Florida that is currently the highest rated show in any of the Florida Universal parks.

Museum and Visitor Center experience includes the US Space and Rocket Center in Huntsville Alabama, the Empire State Building, Rockefeller Center’s Top of The Rock, the NY Historical Society, the INFINITY Science Center, and the Outdoor Adventure Center Museum in Detroit. 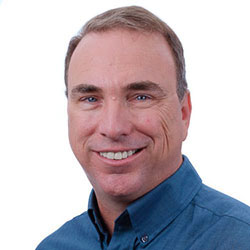 Growing up in a theme park family, Roger experienced the entertainment industry at an early age. Roger has a diversified background including experience with mall entertainment complexes for the Rouse Company of Maryland, cinema projection for Wehrenberg Theaters, almost 30 years in theme parks including 20 years with SeaWorld, and since 2010 he has been designing and engineering video systems for a collection of different clients including SeaWorld.

Roger’s years in theme parks include time with Six Flags and primarily SeaWorld Parks and Entertainment and encompass a diversified skill set. He has installed, designed, and maintained numerous venues in several parks around the country. Laser, pyro, film, lighting, and primarily video are all areas of expertise. He has trained and managed operators and technicians and has spent many years working on special event production and new show installation. Since leaving SeaWorld in 2010, Roger has continued with designing and engineering numerous video system projects around the world including many projection, LED and processing system projects.

Some of Roger’s video and film projects include:
For various SeaWorld parks: Laser and film on water screen for Mermaids Myths and Monsters, The Mystic Nights of Tir Na Nog; film projection for Manatees the Last Generation; video editing and programming for Sea of Trees; video programming and operation for Shamu Rocks, Shamu Believe, Shamu World Focus, Shamu Rocks America; video programming for One Ocean and Light Up the Night; video system design for the new video front end and LED screen system for Shamu Stadium for SeaWorld San Antonio.

For Dubai Parks:
Roger provided a significant amount of the on-site commissioning, projector alignment, and system configuration for most the attractions in both the MotionGate and Bollywood parks.

For Disney:
Initial video system and projection design for Pirates of the Caribbean - Eye of the Storm stunt show for Disney Shanghai and has designed and commissioned several exciting upcoming projects including two for a cruise ship.

Other Projects:
Roger designed the video and projection systems for the Outdoor Adventure Center museum in Detroit, he designed a major video projection project for a private superyacht, he executed the video commissioning and programming for the Wolfsonian museum in Miami Florida, and he designed the video system for a rehearsal studio complex for a major cruise line. He has also done a variety of cruise ship projects including video system and projection design for the groundbreaking aft lounge for Quantum of the Seas, the design for Virtual Balconies, and numerous LED screen and system designs.

Roger joined the TechFulcrum team in 2017. 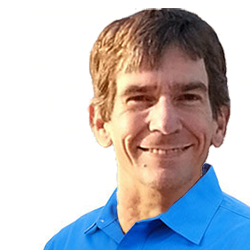 Mark has been in the themed entertainment and AV industries since 2008.

Mark’s maritime experience includes work on the design for the award-winning aft lounge for Quantum of the Seas, the Oasis of the Seas, the land-based the rehearsal studios, as well as other projects for Royal Caribbean. He was part of the design team for the 2016 NCL Sun refit as well as refit deign for the Gem and other NCL ships, and he was part of the team for the design of the 4th largest private yacht in the world.

Mark joined the TechFulcrum team in 2016. 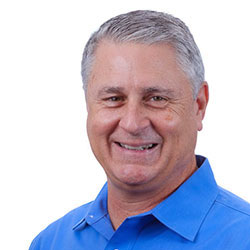 Kevin began his career in the themed entertainment industry in 1981.

A 37-year veteran of SeaWorld, Kevin has held such positions as Director, Theatrical Services & Entertainment Operations, Director, Theatrical Services, and Director of Plant Engineering. He has been a technician and technical manager at various levels and has been responsible for both the installation and the operations for such award-winning shows as Blue Horizons, Believe, One Ocean and Shamu Rocks nighttime show as well as such attractions as Journey to Atlantis, Manta, Mission Bermuda Triangle, Wild Arctic and Shipwreck Rapids.

Kevin was part of the team working on mockups for The Bourne Stuntacular for Universal Studios Florida. He has been involved in project managing the Audio, Video, and Control design effort for SeaWorld Abu Dhabi and he is currently working on Chimelong’s latest theme park that is currently in development, which has included extended time in-country.

Kevin joined the TechFulcrum team in 2016. 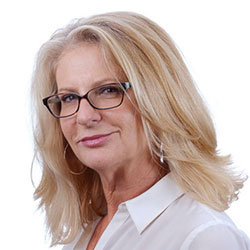 Linda joined the TechFuclrum team in 2017. She has been involved in the themed entertainment market since 2008. 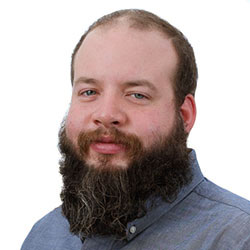 Nick has over 17 years in theatre and live music and has been in the themed entertainment and AV industries since 2009.

He has held various technology discipline design and installation as well as running installation teams. For projects like Chimelong Ocean Kingdom projects including the Park-Wide Audio integration, parade audio and control. He has been an installation technician for such award-winning shows as Believe and One Ocean as well as such attractions as Wild Arctic.

Nick's experience goes beyond the AV realm with time spent in theatre as a technical director and Master carpenter. With 17 years of experience and hundreds of shows as a carpenter, metal fabricator, lighting tech and sound board operator.

Nick joined the TechFulcrum team in 2016. 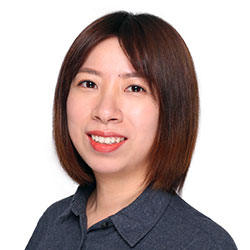 Before becoming immersed in the entertainment industry in 2016, Zoe spent the previous 7 years working in Project Management and Translating in technical fields.

For TechFulcrum, Zoe has been involved with the Interactive Lazy River project for Paradise Park, several other Chimelong projects, and she is currently part of the on-site team for multiple venues for the ne Chimelong Marine Science Center park that is currently under construction.

Fluent in Chinese, Cantonese, and English, Zoe in an experienced Coordinator, Translator, and Project Manager. Prior to joining TechFulcrum, while at Beijing Xingguang (Starlight) Film & TV Equipment Technologies, Zoe participated in the construction and launching of the Shanghai Disney Resort project. As a Translator and Coordinator, she worked on the ground-breaking stunt show “Eye of the Storm: Captain Jack’s Stunt Spectacular,” coordinating aspects of the on-site installation and providing translation for the Project Manager and Technical Manager.

Zoe joined the TechFulcrum team in 2017 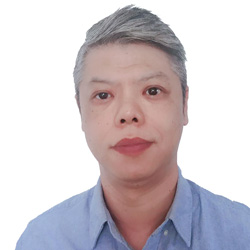 Fluent in both Chinese and English, Steven in an experienced Technical Director and Production Director in the themed entertainment market.

Steven joined the TechFulcrum team in 2019. 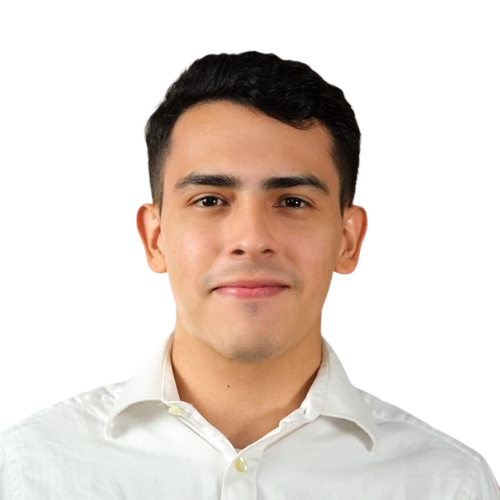 Fluent in both Spanish and English, Christian is a Finance professional with experience nurturing international business relations and a demonstrated passion for architecture and developing experiences.

Christian joined the TechFulcrum team in 2022. 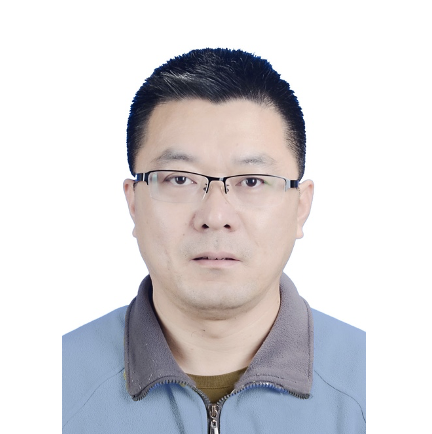 Tyler has been in the AV industry for over 22 years, with an education in lighting, video, and audio technology, and a degree in Mechanical and Electrical Engineering, he has been an essential part of the TechFulcrum team in China since late 2021, bringing to the team his extensive experience in AV Design and integration as well as his project management skills. Tyler has been involved in major AV Design projects for Universal Beijing, Shanghai Disney, The Shenzhen Futures-times Theater, Inner Mongolia hotel AV system, East OCT theme park paging system, West channel bridge digital paging system, public security Bureau building AV system.